It is our pleasure to introduce to you Jacob Basri, James L. Fleming, and Leyla Levi, three outstanding young directors who will graduate next May from our Master of Fine Arts program. 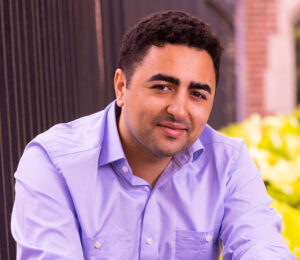 Jacob Basri is a fourth-year M.F.A. candidate at David Geffen School of Drama at Yale where he has directed Love’s Labor’s Lost, a.k. payne’s love i awethu further in the Langston Hughes Festival, and Esperanza Rosales’s If the Dancer Does Not Dance as part of the New Play Lab, and served as Assistant Director to Carl Cofield on A Raisin in the Sun at Yale Rep (canceled due to COVID-19). He is an alumnus of the Williamstown Theatre Festival Directing Corps, SDC Observership program, the 2017/2018 Van Lier Directing Fellow at Playwrights Horizons, and a member of the Lincoln Center Directors Lab. His work has also been seen at Sarah Lawrence College, Wow Haus, The Tank, The Flea, Dixon Place, Columbia University School of the Arts, Williamstown Theatre Festival, Ensemble Studio Theatre, Rattlestick Playwright’s Theater, Bedlam, and Lincoln Center. He has assisted directors including Lila Neugebauer, Robert O’Hara, David Cromer, Rebecca Taichman, and Pam MacKinnon.

Most recently, Jacob directed The Survival by Achiro P. Olwoch for the Criminal Queerness Festival at Lincoln Center, Burnbabyburn by a.k. payne for Yale Summer Cabaret, and wrote and directed the animated short film Phosphor. His production of Ghosts by Henrik Ibsen will be presented at David Geffen School of Drama in October. 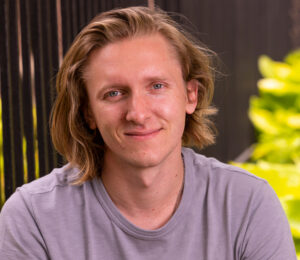 Prior to Yale, James lived in Chicago, where he worked as an actor and director. He served as Associate Artistic Director of Redtwist Theatre and Director of New Work at The New Coordinates, where he created and produced the inaugural Uncharted Festival, a two-week developmental showcase of ambitious new works by Chicago-based playwrights. In addition, he worked with About Face Theatre, Lookingglass Theatre, The House Theatre of Chicago, Chicago Symphony Orchestra, and the Lincoln Park Community Shelter, where he directed their fundraiser, The Homeless Monologues, at the Goodman Theatre.

In January 2018, James collaborated with Peca Stefan, Tamilla Woodard, and Ana Margineanu of PopUp Theatrics to contribute the Chicago story for #THENEWOLDHOME, a mix of puzzle, social game, exhibition, audio drama, and interactive installation, which premiered at CLB Berlin.

Passionate about community-building through cultural organizations, James worked for several years as the Office & Communications Manager for Slover Linett Audience Research, a leading social research firm for the cultural sector and as a research assistant with the Cultural Policy Center at the Harris School of Public Policy. He holds a B.A. in public policy in theater and performance studies from the University of Chicago, where he received the Francis X. Kinahan Award for the most significant contributions to University Theatre.

James's production of Next to Normal by Tom Kitt and Brian Yorkey will be presented at David Geffen School of Drama in December 2022. 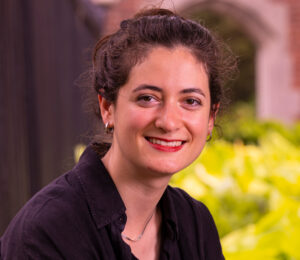 Leyla Levi is an M.F.A. candidate at David Geffen School of Drama at Yale from Istanbul, Turkey. She directed Romeo and Juliet at the School last spring, and an intimate staging of Krapp’s Last Tape in an apartment in Istanbul. With projection designer Camilla Tassi (’22), and Gloria Yin (Yale School of Music ’22) Leyla co-directed Song from the Uproar, a new opera by Missy Mazzola in collaboration with Yale Schwarzman Center and Yale Opera.

Previously, Leyla served as the artistic director of Gakko, an international educational organization, devising and directing twelve arts programs for young adults over the course of three years in Japan, France, Romania, Indonesia, and the U.S.

She received a B.A. in architecture from Yale College. She has trained in acting with the Studio Players directed by Şahika Tekand in Istanbul and Mario Biagini of the Grotowski Workcenter. She was a fellow at the intensive in studio practice for drawing and painting led by Robert Reed Jr., in Auvillar, France.

Leyla’s production of Marys Seacole will be presented at David Geffen School of Drama in January 2023.