Eugene O'Neill Professor in the Practice of Playwriting and Chair; Playwriting Program at Yale School of Drama; and Yale Repertory Theatre Playwright-in-Residence 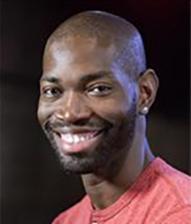 Tarell Alvin McCraney (’07 Drama) is the Chair, and Professor in the Practice of Playwriting at the School of Drama; and is the Yale Repertory Theatre Playwright-in-Residence. He is also a member of Teo Castellanos/D-Projects Theater Company in Miami, a member of the Steppenwolf Theatre Ensemble, and co-wrote the 2016 film Moonlight, based on his own work In Moonlight Black Boys Look Blue, for which he received an Academy Award for Best Adapted Screenplay. His numerous awards include the Whiting Award, Steinberg Playwright Award, Doris Duke Artist Award, Windham-Campbell Prize, London Evening Standard Award for Most Promising Playwright, New York Times Outstanding Playwright Award, the Paula Vogel Award, and a 2013 MacArthur Fellowship.