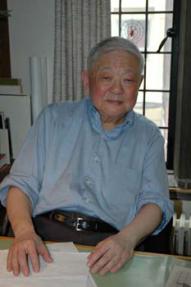 Ming Cho Lee has designed nationally and internationally for 50 years, for opera, dance, Broadway, and regional theater, and is the recipient of the National Medal of Arts, the highest national award given in the arts. Other awards include the Mayor’s Award for Arts and Culture; Tony Award for Lifetime Achievement, Outer Critic’s Circle and Drama Desk Awards; the TCG Theatre Practitioner Award; many others from the theater and Chinese communities; and five honorary degrees.

His work has been shown in a retrospective at the New York Public Library for the Performing Arts, in Taiwan, and in China, and will be exhibited at the Yale School of Architecture from November 18, 2013 through February 1, 2014.The book Ming Cho Lee: A Life in Design, by Arnold Aronson, will be published by Theatre Communications Group in the spring of 2014.

Ming Cho Lee serves as a member of the Board of the New Forty Second Street, Inc., as well as that of the Alliance for the Development of Theatre Artists, Pan Asian Repertory Theatre, the Alliance for Inclusion in the Arts, and many others. He is the former co-chair of the Design department of David Geffen School of Drama, and holds the Donald Oenslager Chair in Design.