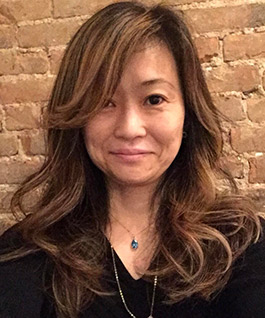 Mikiko Suzuki MacAdams was born in Kobe, Japan, Moved to U.S. over 27 years ago. She has worked in both the USA and Japan as a freelance set designer, and as associate set designer for Michael Yeargan and other. Based in New York City.

She taught at Fordham and Rutgers University. M.F.A. from David Geffen School of Drama.