Professor in the Practice of Design, and Yale Repertory Theatre Resident Set Designer 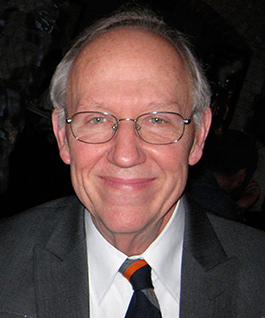 Michael Yeargan’s set designs for plays and musicals include Seascape, the Light in the Piazza, South Pacific, Awake and Sing, Ah, Wilderness (originally designed for the Yale Repertory Theatre), and Joe Turner’s Come and Gone (which also originated at the Yale Repertory Theatre), all on Broadway, as well as numerous productions Off-Broadway and in regional theaters throughout the United States, including five or more at Long Wharf Theatre.

Yeargan designed his first opera production in 1970—La Bohème at the Nevada Opera Company. Since that time his opera sets have been seen at the Metropolitan Opera, the Seattle Opera, the LA Opera, the San Francisco Opera, the Houston Opera, Glimmerglass and the New York City Opera, as well as the Royal Opera at Covent Garden in London, the Welsh National Opera, the Scottish Opera, the Théâtre musical de Paris, the Frankfurt Opera, and Opera Australia.

Michael Yeargan’s set designs have won the 2005 Tony Award for Light in the Piazza and a Tony nomination and Drama Desk Award for Awake and Sing. He is the resident set designer at the Yale Repertory Theatre and is a long-time Professor of Stage Design at David Geffen School of Drama at Yale.