Lecturer in Acting and Stage Management 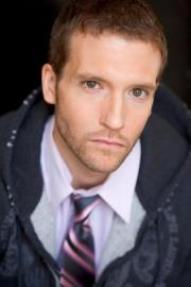 Michael Rossmy has staged the violence for A Tale of Two Cities on Broadway, and extensively at regional theaters across the country. He has numerous acting credits including roles in Lincoln Center’s Cymbeline and Broadway’s Superior Donuts.

He is a Lecturer in Acting at David Geffen School of Drama at Yale, the Fight Director for the Shakespeare Repertory Projects (SRPs) and Carlotta Festival, as well as the Fight Advisor for Undergraduate Productions at Yale College. Michael has also taught at The New School for Drama and the New York Conservatory for the Dramatic Arts. He has guest lectured at the Neighborhood Playhouse.

This fall, Michael will stunt coordinate the feature film Cry Havoc starring Brian Dennehy. Michael is also the creator and coach of “The Actor as Athlete” training program, which had its debut this summer with the cast of Troilus and Cressida for The Public Theater’s Shakespeare in the Park.