Professor in the Practice of Dramaturgy and Dramatic Criticism 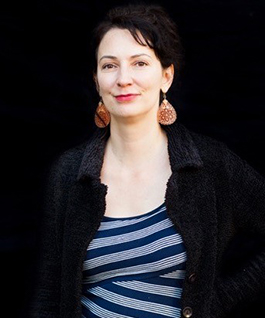 Kimberly Jannarone is Professor in the Practice of Dramaturgy and Dramatic Criticism at David Geffen School of Drama at Yale.  From 2001–19, she was Professor of Theater Arts and affiliate faculty with the Digital Arts and New Media M.F.A. and History of Consciousness Ph.D. programs at the University of California, Santa Cruz, where she held the 2012–16 Gary D. Licker Memorial Chair. In 2015–16, she was a Beinecke Fellow at Yale Repertory Theatre. In 2017–18, she was the Archie K. Davis Fellow at the National Humanities Center, working on her next book, Mass Performance (forthcoming, University of Michigan Press).

She is the author of Artaud and His Doubles (2010), winner of the 2010–11 Honorable Mention for the Joe Callaway Prize for best book in drama. She edited the volume Vanguard Performance Beyond Left and Right (University of Michigan Press, 2015). She has published in journals including Theatre Journal, French Forum, Modernism/Modernity, New Theater Quarterly, Theater Survey, TDR, the Chinese journal Theater Arts, and others. She won the Gerald Kahan Scholar’s Prize (2006) and Honorable Mention for the Oscar Brockett Essay Prize (2010) for essays on Artaud.

Jannarone received her M.F.A. and D.F.A. in dramaturgy, dramatic criticism, and dramatic literature from David Geffen School of Drama. She directs, dramaturgs, and translates experimental performance. She has co-translated, with Erik Butler, works by contemporary French playwrights Marion Aubert and Christophe Honoré, which have been given staged readings directed by Carey Perloff at Playwright’s Foundation in San Francisco and directed by Lisa Rothe at the Lark Theater in New York. Their translation of Débâcles, by Aubert, had its world premiere production at Yale Cabaret in 2017.