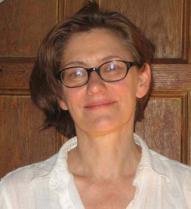 Karin Coonrod, who has been a faculty member of David Geffen School of Drama since 2002, is an internationally recognized theater artist whose work has been lauded by The New York Times as “prodigiously inventive”; the New York Observer hailed her “clear-eyed imaginative intelligence.” She founded two acclaimed theater companies: the Arden Party, which she ran from 1987 to 1997, and the international Compagnia de’ Colombari, based both in Orvieto, Italy, and New York City, which she established in 2003.

Besides being a lecturer in the Directing Department at David Geffen School of Drama, Karin Coonrod has been a guest artist and teacher at Stanford, Harvard, Columbia, New York University, the University of Iowa, Fordham University, and the California Institute of the Arts.