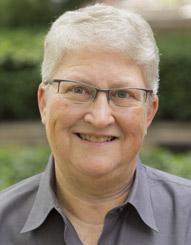 Joan Channick, Professor in the Practice of Theater Management, is Chair of the Theater Management program at the David Geffen School of Drama at Yale, where she served as Associate Dean from 2009 to 2017. She worked previously as Managing Director of New Haven’s Long Wharf Theatre and as Managing Director of Theatre Communications Group (TCG), a national service organization for the not-for-profit professional theater field, in which capacity she also served as Director of the U.S. Center of the International Theatre Institute. Other positions she has held include Associate Managing Director of Center Stage in Baltimore and Marketing Director of Yale Repertory Theatre. Preceding her theater career, she practiced securities litigation with the Boston law firm of Gaston Snow & Ely Bartlett.

Channick has chaired the Yale Summer Cabaret Advisory Board and the Yale Cabaret Board and has served on the boards of the Yale-China Association, Foundry Theatre, National Corporate Theatre Fund, League of Professional Theatre Women, Literary Managers and Dramaturgs of the Americas, American Theatre Exchange Initiative, and Chase Brexton Health Services, an LGBTQ community health care center. She has also been a member of the U.S. National Commission for UNESCO, the International Theatre Institute executive council, and the League of Resident Theatres executive committee. She currently sits on the Yale Schwarzman Center’s faculty advisory committee.

She has written for American Theatre magazine and is the author of “The Changing Legal Environment for the Arts,” a chapter in the book The Art of Governance, published by TCG. Channick taught for six years in Goucher College’s graduate arts administration program, has been a guest lecturer at the Central Academy of Drama in Beijing and other universities, and is a fellow of Yale’s Benjamin Franklin College. She is a graduate of Harvard University, the University of Pennsylvania Law School, and David Geffen School of Drama.