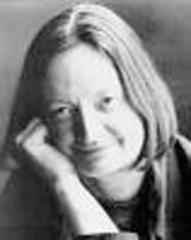 Jennifer Tipton is well known for her work in dance, theater and opera. Her recent work in dance includes Paul Taylor’s Three Dubious Memories and Liam Scarlett’s Asphodel Meadows for the Royal Ballet, London. Her recent work in theater includes The Glass Menagerie at the Mark Taper Forum and the Wooster Group’s version of Tennessee Williams’ Vieux Carre. Her most recent work in opera includes Daniel Cattan’s Il Postino directed by Ron Daniels at the Los Angeles Opera and Aida directed by David McVicar at the Royal Opera House, London. Ms. Tipton teaches lighting at the David Geffen School of Drama at Yale. Among many awards she is the recipient of the Dorothy and Lillian Gish Prize in 2001 and the Jerome Robbins Prize in 2003. In 2008 she became a United States Artist “Gracie” Fellow and a MacArthur Fellow.