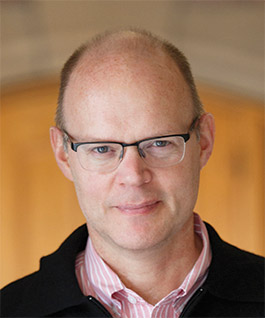 James Bundy has served as Elizabeth Parker Ware Dean of David Geffen School of Drama at Yale and Artistic Director of Yale Repertory Theatre since 2002. He teaches in the Acting program at the School and in the Theater Studies program in Yale College. During his tenure, Yale Rep has produced more than thirty world, American, and regional premieres, nine of which have been honored by the Connecticut Critics Circle as Best Production of the year and two of which have been Pulitzer Prize finalists. Through WILLPOWER!, an educational program initiated in 2004, Yale Rep has provided low-cost theater tickets and classroom visits to thousands of middle and high school students from Greater New Haven. The Binger Center for New Theatre, founded in 2008, has enabled the theatre to commission more than fifty artists to create new work. James has directed productions at the Mark Taper Forum, Theater for a New Audience, Oregon Shakespeare Festival, Great Lakes Theater Festival, The Acting Company, California Shakespeare Festival, Alabama Shakespeare Festival, and The Juilliard School Drama Division. He served from 2007-13 on the board of directors of Theatre Communications Group. Previously, he worked as Associate Producing Director of The Acting Company, Managing Director of Cornerstone Theater Company, and Artistic Director of Great Lakes Theater Festival. James is a graduate of Harvard College and David Geffen School of Drama; he also trained at the London Academy of Music and Dramatic Art.