Professor in the Practice of Sound Design 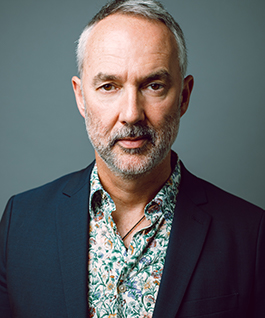 New Zealand-born composer Matthew Suttor has taught at Yale University since 1999, first in the Department of Music and since 2002 at the David Geffen School of Drama. He is also affiliate faculty at the Center for Collaborative Arts and Media at Yale (CCAM). Often combining music technology with acoustic forces, Suttor has composed operas, dance works, and music for all kinds of theatrical productions and chamber music, sacred pieces, sound installations, and scores for television. Suttor’s work in opera and dance includes: Don Juan in Prague, in collaboration with director David Chambers, for the Bard SummerScape Festival and revised for the Mozart Prague Festival, the Guggenheim Works and Process series, and the BAM Next Wave Festival; I Find Comfort in Thunder for the Essen Folkwang Tanzstudio tour of Germany; and his opera, The Trial of the Cannibal Dog, premiered at the International Festival of the Arts, Wellington, New Zealand, and was broadcast by Radio New Zealand. Concert works, installations, and television scores include Syntagma, commissioned by the Yale Institute of Sacred Music, La Prose du Transsibérien, for narrator and chamber ensemble, and HxWxL, both commissioned by the Beinecke Library, the Eastman School of Music commissioned Buntpapier. He composed Zoomslide’s television series Real Pasifik and Anna Marbrook’s documentary feature film, Loimata. Yale Repertory Theatre productions include The Intelligent Design of Jenny Chow, All’s Well That Ends Well, The Winter’s Tale, Arcadia, and An Enemy of the People. A Fulbright Scholar, Suttor received a doctorate in composition from Columbia University.